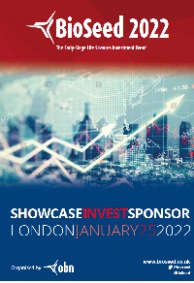 Oxford, UK:  Oxford Vacmedix (OVM), the UK-based biopharma company focused on the development of cancer vaccines, announced today the start of a Phase 1 trial of OVM-200 with the first patient being treated at the prestigious Sarah Cannon Research Institute in London.  OVM-200 is a cancer vaccine developed using OVM’s novel recombinant overlapping peptide (ROP) platform.  It targets survivin, a protein overexpressed by cancer cells, which prevents them being attacked by the body’s immune system.

The Phase I trial of OVM-200 is focused on safety and on establishing an immune response in patients with  three tumour types – non small cell lung cancer (NSCLC), prostate cancer and ovarian cancer. It is being run at five sites in the UK including University College Hospital (UCH) London, the cancer hospital of the Oxford  University Hospitals Foundation Trust (OUHFT) and the Christie NHS Foundation Trust in Manchester.  The  Chief Investigator for the trial is Professor Martin Forster, based at UCH. This trial is both the first time OVM-200 will have been used in people and also the first time any ROP based vaccine has been tested in the clinic.

“The ROP technology has been developed from an initial concept in the laboratory to now being tested as a  treatment for critically ill patients. We see the potential benefits of a vaccination approach both in  stimulating the body’s immune system to attack the cancer and also, in future trials, enhancing the efficacy  of other immune oncology agents. This Phase I trial is a first step towards having effective cancer vaccines.”

“It is a privilege to work with Oxford Vacmedix on this innovative vaccine programme for patients with lung,  prostate and ovarian cancer. I strongly believe that vaccine treatments will play a major role in future cancer  treatments.”

The initiation of the trial was also noted in the Sunday Express:  We're a step closer to a vaccine against cancer